I'm so excited, as I made excellent progress yesterday on my projects, and it makes up for the lack of real progress on projects over the last couple of days.

It seemed to take forever to get the first one done, and I thought I was doomed for the day. But at last, I got my scrappy green quilt done. Well, this is step one of the project. It's not super big -- about 21 inches. I made 49 blocks that are 3" finished. It was totally from the scrap box, and it took a long time to complete. So if anyone is complaining about not having enough to do -- start sewing from scraps. That'll slow you down!!! 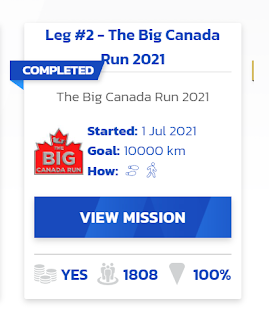 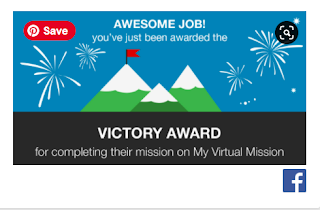 I slacked off with the walking yesterday; although I did walk 8 KM, it's nowhere near my norm. I'll get back to it seriously after this retreat. It's probably good to take a wee break. In the afternoon, I walked to the grocery store and picked up something for dinner tonight. And on the way, I spotted two Canda geese. Did you know they branch out into pairs at this time for nesting? I had no idea, but now that Katheleen mentioned it, I'm noticing them in pairs everywhere!

So the class that wasn't Zoom, but is now hybrid so we can attend is on today!! That's this afternoon, so I'm looking forward to that. I have loads of learning to do with the Brother Scan and Cut, so hopefully, this will help.