Yes -- I could tackle this office with gusto and get it done - probably in one day? NO -- my whacky attention to detail and having to touch every piece of paper - this won't happen in a day! I'm the turtle. Slow and steady is my pace, and well, that suits me just fine.

As usual, I did NOT take pictures before. I just plunged in and got some work done. All the boxes that were on the floor in here are gone. OH -- that's so not true. The ones that were ready to go are gone. There are still a few that need to be sorted, and they will wait until another day.

The boxes are currently sitting in the kitchen, along with some boxes from DH's office that need to be broken down or packed to go to the thrift shop. The stack of paperwork is significantly less than it was yesterday. The table looks a bit better, and yes -- it will happen. Could I make it a goal to clear the table off and get all the paperwork done by the end of this month? Let's see what I can do about that.

A couple of boxes in the hallway needed to be dropped at the donation center, and they are gone! I had a couple of places that I needed to go to, so I took some time and did that yesterday morning. I have quite the little routine, it seems. I can make a loop from my house, and it's too far to walk. I stopped at Indigo first to browse the magazines. Holy --- the magazine section has taken a HUGE hit during COVID.

Oh my --- look how empty those racks are.

The end section in this row is completely empty. I bought ONE magazine.
Then I returned something to Petsmart and picked up more dog food. Down the street to Best Buy, but what a LINEUP of people outside, I kept driving. Then off to Value Village to drop off the boxes from the hallway, along with my bowling ball and shoes. Gone! Then I zipped to the front of the store - no lineup, so I went in. OK -- so there was a lady who entered the store just before me, and I swear she was wearing a bathing suit! The bottoms sure looked like a bathing suit, but I think it was short material, not lycra. The top was pretty skimpy as well. She wasn't huge, but sheesh -- do we need to see that much flesh on one person?
My immediate thought was she was looking for something to put on and would walk out of the store with it. I happened to see her a bit later and what she had in her hand was as skimpy as what she was wearing. She had no place to hide anything, and the stuff she had - well, it wouldn't likely fit over what she was wearing.
My last stop was Fabricland. I love it as all these stores are on the same road within two blocks of each other. I found a knit fabric to make a test T-shirt in my upcoming class. Let's make it a challenge and get a striped fabric!!! I picked up some lunch and headed home!
Then I hit the long arm, and it was a LONG afternoon. Not because there were problems, but because this happened.
Neither was huge, but each quilt still has to be loaded, pattern and thread selected, etc.
And as if that wasn't enough, I got one of the small community project quilts done.
There are five quilts that I wanted to get done in July that didn't get done. One of those is on the long arm, and I will push this week to get them done! The quilting line-up for August is chock full of stuff I want to get done for myself, and there's no time to waste!
I managed to empty the retreat bucket. A couple of things stay in the bucket, and those are there, but since the next retreat isn't for a couple of months, there's no sense in keeping projects in there. Everything is back on the current projects table, which doesn't seem to have reduced one bit this year. How did that happen?
And that cutting table is NEVER clear. BUT here's the difference between now and before. I have always come home, and things get put on the cutting table. I'm OK with that - it's a nice work surface. The difference is that before, I never put things away. I would shove them to one side.
But no --- I now put stuff away. As you can see, half of the cutting table still has stuff on it. This is stuff that I want to deal with this coming month. None of it is there because it doesn't have a home. It's there because I want to work on it. My tolerance?? Half of the cutting MUST be clear.
And getting back to those little colored backgrounds that I made. This is the month that I hope to do some work on them. I recently acquired a pack of orange buttons and an orange fabric, so those got added to the orange background. Not sure how or where they will get used, but they are together. I need to get these other quilts done before I can start to mess around.

I made some cushions a while back for QUILTsocial, with the intention that they go to M. In a realistic world, I would have sent her the cushion covers and kept the pillow forms. Our worlds are not realistic. So off to the dollar store, and I picked up some vacuum bags. Yesterday, I sucked the air out of two cushions (after I took the cover off).

I should have taken an "after" picture. They look hilarious. Anyway, they are gone. I walked the box to the post office in the afternoon.

The trick now is to KEEP on getting a little bit done every day! Yes - I should take a box of paper to the gazebo and keep plugging away. I haven't sat outside in a while, so I must get my butt out there! As DH said, August should be a "sit in the backyard" month. He often goes outside and does his phone calls on the deck. I wonder if the person on the other end can hear the birds and the waterfall?

I struggled to find an audiobook that I could listen to. I'm trying to read the next book in several different series, only to have to put quite a few on hold. Watch -- they will all come in at the same time! But the one I'm reading - well, I can't stop listening to it. It's a thriller -- A Will Robie book by David Balducci. I love his stuff. I'll be done by the end of today! Hopefully, one of the other ones will come in by then.

I was intently listening to the audiobook last night as I trimmed all the quilts that had been quilted. Then my phone starting pinging like mad. What the heck? I can hear a little blip in the audiobook. I checked. Good grief -- my Facebook account was hacked, and people were telling me. I got e-mails, text messages, and Facebook messenger notes. So I had to deal with that. I reset the password and checked the stuff you're supposed to check. What's is disturbing is that Facebook has a procedure to follow when that happens, so it happens often. Why? Can't they make it secure? So can you tell me why someone would want to hack a Facebook account? What a waste of time for me and is that fun for the hacker? Someone needs a hobby! Thanks to everyone who let me know. It should be all fixed now.

So it's hard to believe it's August 1 today! Yikes -- where is the year going? But that means we need to gear up for classes for the fall. Here's the scoop on upcoming quilt classes that I'm teaching. These classes are hosted by Thimbles and Things in Orillia. The ONLY way to register for the class is through Thimbles and Things. They will have a class pass (as in the past). The information on the classes will be in the newsletter that should be out later this week - the goal is Thursday, but don't quote me on that.

I'm doing FOUR Saturday Samplers - one in September, October, November, and December. The topics and the dates are in the newsletter. When you sign up for one, you get signed up for all - I do not have time to deal with the logistics of four separate sessions.

And here are the quilts that I'm teaching. The first class will be in September, and the class will run until June. Again - the dates are in the newsletter. 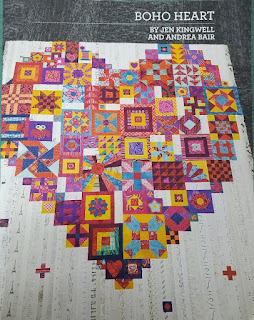 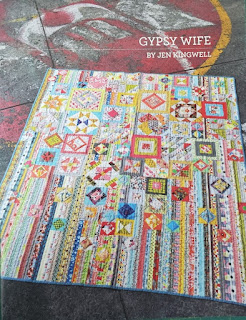 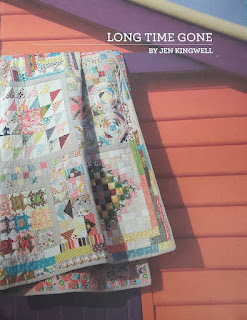 Remember --- if you want to sign up for one of these quilt classes, you MUST purchase a class pass from Thimbles and Things. But FIRST, you must make sure that you get on their newsletter list to know the dates and all the other details. Use that link to take you to the newsletter sign-up.

I'm going to enjoy August as September is already booking up fast!!!!!