A play date with machine embroidery

Yesterday I spoke of writer's block. No need to worry about that this morning, but I noticed that I'm over 3,800 blog posts, and that's for THIS blog. Before this blog, I had another one that sat on LiveJournal, and I think it's still there. I should go back and see if I can link them -- just for my sake, and I should dig up the very first picture I posted on a blog. It was a heron at my pond in the backyard!

Anyway --- let's start with what I keep talking about -- the Playdate, and then if I have time, I'll get to some other stuff.

WAIT -- before doing that, I received some AMAZING suggestions from you!! A HUGE thanks because they make total sense, and why didn't I think of that?

The dust -- wear a MASK -- DUH -- it's not like I don't have a mask or two around the house. That will definitely help. It won't eliminate the issue, but it'll help. I'll be digging out a DUST mask when I tackle more of the mess this afternoon. THANKS!!!

The keyboard - I got a ton of suggestions for this one. Silver or white marker, nail polish, making stickers with my labeler or buying labels. Hmm -- the paint rubbing off the keys seems to be a common problem. 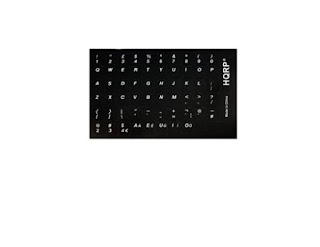 I like the idea of the purchased labels, but the issue is that they cost .45 cents. That's cheap, but it costs $8.95 to ship them, and they can only be purchased online. I'll check it out later today and see if I can find them somewhere cheaper or check out the shipping options on that website. And you know me -- if I don't have to buy from that specific online store, I'll avoid it like the plague. You must read that book that mocks them -- I can't remember the name, but it's so fitting. If we don't watch out, there will be only ONE place to buy from, and you know what that is called!!! I REFUSE to do it easy!

You guys (are we supposed to say that any longer?) - OK -- you PEOPLE are amazing  - so many super creative ideas!!!

I am amazed at how many people on Facebook and Instagram, especially in our Conqueror group, were inspired by my Virtual Challenge. It was a challenging journey at times, but I never stopped. I never gave in to the weather or a "few" aches and pains. And I may have found TWO quilters that are also walkers that live relatively close. Not close enough to walk with, but close. How cool is that?

OK --now onto the PlayDate. Dede and I got together last Friday to work on a Kimberbell bench pillow, and we chose Candy Cane Lane since it's Christmas.

I transferred the files from the CD to a USB and then saved them in the mySewnet Cloud to get prepped. Since we were both using a Wi-Fi-enabled embroidery machine, all the files were easy to grab and load when we wanted one.

I trundled off to Staples to get it printed. YES -- I could have printed it at home, but we never seem to have colored ink, so I went to Staples to get a NICE copy. That cost me $18 to get the instructions printed in color. Thirty pages at .49 cents a page plus tax!!! I only printed the instructions because we were two, and I thought it would be easier to have the paper version. But that significantly added to the cost of $45 for the embroidery files. A cost that Kimberbell no longer needs to bear! Next time -- no printing -- all electronic to be sure.

Making that switch requires some mental rewiring for sure, but if I can save $20, I'll do it!

We both started with the Lampost 1.

Here is my lamp post -- I used the metal hoop, while Dede used the traditional hoop. We also used different fabrics for the background and different stabilizers, and I'm afraid I had a LOT of trouble with mine.

The first one is mine, and it's a bit wavy. Usually, I love the metal hoop, but I think I should have done it slightly differently as only the mesh stabilizer was secure with the magnets and not the actual fabric, although it was secured with basting. Those snowflakes are what caused the problem. Loads of stitching and not much to support them.

Dede's was perfectly flat!
More on that %^^%$ snowflake in a moment. We used mylar, glitter vinyl, fringe stitches, and metallic thread in just this one little piece.
I would HIGHLY recommend that if there is an embellishment kit for ANY Kimberbell design that you buy it. It's just way easier to have all those bits in the right color in the kit. Otherwise, you'll spend way more than that to accumulate all the bits.
And so far, by being careful, I could get two bench pillows from the kit. Maybe it says that on the packaging -- I'm not sure. But GET the embellishment kit, as it's well worth the price.
OK -- back to those darn snowflakes. Dede decided to do hers with metallic thread, and since I was about one step ahead of her, I went along with metallic. Big mistake. These snowflakes are DENSE -- tiny and dense. I changed the settings on my machine, changed to a metallic needle, slowed the machine way down, and still had issues.
So while Dede forged ahead to the next block, after using a regular thread for the snowflakes, I took the file to the software, cut out the snowflakes, and rearranged them to do a test sample. You have to LOVE the software and that I didn't have to think about what I was doing. I did NOT change the density of those snowflakes, but I should have if I wanted to use metallic thread. I want to say there was close to 1,800 in each snowflake, which is DENSE.
Here's my sample. You can SEE the problem in design and the thicker metallic thread.
The other thing I changed with this sample was the white fabric. I initially used a white fabric with PAINT on the surface, and the machine definitely did not like that. Once I used a softer material, the metallic thread worked much better. I need to go back to the software and decrease the number of stitches, or increase the size of the snowflake or change the density to make it better.
Dede changed her mind and used a rayon thread, and the snowflake worked like a charm! So beware of metallic thread, as it's thicker than the rayon and just can't deal with the density in this snowflake!
The bottom line is that I got a GREAT sample to use in my presentations, and I'm going to redo it and make a less dense version to make sense for the presentations. And that's how I learn!
Dede got two blocks done while I got one, and I've decided to do that block over as I didn't like the snowflakes or the wave.
After she left, I forged ahead to start, and I chose to start on the house blocks. There are three house blocks, two lamp posts, one tree, and one cocoa stand.
Here is house block number one. It's super cute, and we used glitter vinyl in this one and thread.
Then on Saturday, I worked on house block number two. Again, this one used glitter vinyl. OH -- I should say that all three houses also used vinyl for the windows, and more on that in one second.
And on Saturday night, I finished the third house block.
And they look OK, but I was frustrated with the instructions and the way the designs were created. This happens when you know too much about how designs are digitized.
Here's a close-up of the vinyl in the windows.

This might not make sense for those of you who don't do machine embroidery applique, but I bet you can follow along.
So when you want to do the multiple layers as in the Kimberbell windows, you start at the bottom and work your way up, just like traditional applique. The grey for the windows was tacked in place, and the excess was trimmed, and we are ready for the next step, which would be to repeat that process for the vinyl. Once the vinyl is tacked in place and trimmed, it's OK to do the satin stitch for the outer edge and the sashing. That would make sense.
In ALL THREE WINDOWS, the embroidery files AND the instructions are INCORRECT. The grey window fabric was tacked and trimmed. The following window instruction was to do the SATIN stitch before the vinyl was placed. Luckily I caught that and switched it around on the embroidery machine. I made a note in the instructions for Dede.
Oh, and here's one other thing about the windows. When the tack-down stitch for the vinyl in the windows was done, it also did the sashing stitching. And then when you did the final satin stitching, it stitched the sashing again! The first sashing stitches are a mistake -- at least to me, they are, and that builds up unnecessary bulk, especially on the vinyl.
Perhaps today, I'm going into the software to fix all three embroidery files. I'll switch the stitching order and remove the excess sashing stitches.
What bugs me is that I paid $45 for a pattern that is NOT correct and has no corrections on the website. This is a MAJOR flaw as far as I'm concerned, and the fact that it was NOT caught before it left their premises is disturbing. I'll be providing some polite feedback. This is not the first time I've been disappointed with a Kimberbell design -- I'll share the other disappointment later this week. I did not see a correction on their website for that one either.
I get it that some errors will go out -- I totally get that. But for the consumer to find it on the first attempt? How does that happen?
And if we, the consumer, do NOT provide constructive feedback, they will never know that there was a problem.
Anyway, you see why the playdate story was long and look -- I've run out of time, so I'll have to share all the other stuff that's been happening tomorrow!
It's Monday sewing and spin class, so I'm about ready to hit the road.
Have a super day!!
Ciao!!!