I had no refined sugar yesterday and I survived. WOW - imagine that. It wasn't as difficult as I thought it would be. I LOVE the smoothies and although my immersion blender works great, I think a blender is in order for other things. I see some of you have given me some suggestions. I need to evaluate fast and get one by the weekend. Tried to make lentil meatballs last night and a tad hard to mash up without a blender to do the work for me. As a result, they were a bit dry but tasty!

What's funny about all this is all the things that I used to yell at M about - how come you're buying almond butter at almost $11 a jar and almond milk - who wants to drink almond milk?  Let's just say that you should be careful what you say. What's even funnier is that she is here at the moment and we had a good laugh about it yesterday. She says we're both more grown up now! She even ate my dinner last night. I think that is the first time that the three of us ate the same thing for dinner in YEARS! I'm not sure DH will continue (he hadn't planned, but for him to give up that glass of wine? I think hell will have to freeze over first!)

I gave up TV eight years ago. Cold turkey. I don't miss it. I can do the same with sugar!

My biggest problem is not drinking enough water. I'm going to have to get a glass and guzzle it as I can't remember to drink throughout the day. I'm on glass number two already. Had two cups of tea which helped the snack issue. And no there was no sugar in either cup. OK - I'm going to admit that the sugar thing is a comfort food or more likely just a really bad habit. I don't need it and I always thought it made my tea taste better, but if you learn how to make a proper cup of tea, the green tea is not bad. Don't overboil (thankfully we have a kettle with multiple heat temperatures on it) and don't over steep. Those are wise words of wisdom from M. That kettle which we've had for several years is a really cool thing. It's a kettle for making tea. You choose the kind of tea you're making and then hit start and it will heat up to the temperature best for that kind of tea.

I did something else yesterday that I've been meaning to do for a while. I took my laptop in to get the data pulled off of it. YIKES!!!  I haven't really been using it but occasionally I needed to get an e-mail address or a file. I had some errands to do and in that neighborhood, so I grabbed an extra hard drive and the laptop and away it went. I had a very pleasant surprise when the manager of the mobility department remembered me and we had a nice little conversation and she indicated that I could trade in the laptop for a store credit. I'll see what they give me - the thing is old and the battery is dead! But I really need to do something about this keyboard. It's so stiff - I don't like it. I prefer the touch of a laptop keyboard. Huge difference. But I'd go back to that Best Buy in a heartbeat - they were very helpful.

However I had to go to the library to pick up some items I had ordered. One of them was a set of CDs for Quilting Arts. Yikes - I used to watch CDs on my laptop. Now I'll have to learn how to work that damn TV???  Or find them online?

Made good progress in the quilting world as well. I got one of the tops done. Yeah! I got the backing cut and hope to get it on the long arm and quilted today. I was hoping to do custom quilting, but simple custom quilting - you know my casual style. I made excellent progress on the other top. I'm not done, but I should be able to finish it today. I just can't work late - 8 PM and my body says - that's enough!

I promised you pictures and I've got pictures today. I had a peek back at the blog and I don't think I posted pictures once from those on-going classes that we had last year. How the heck did that happen? I hope that will change this year. I just need to get over this week, next week will be busy with bindings, but after that, the schedule is pretty wide open!

So these are some of the first blocks that the group made with Quilter's Patch by Laundry Basket Quilts. Once that other hard disk comes back, my plan is to get all these darn pictures organized. Like these blocks - there is no need to keep the originals although I could as I have lots of disk space. But they need to be organized. That is going to be huge, but shouldn't take too long and there is nothing like being able to find your pictures when you want them.

I'm not sure in what order that we made these blocks, but I found two sets of pictures on one camera. So you are getting to see one set of pictures today and hopefully the second set tomorrow. Then I need to check my other camera and my phone to find the rest. See what I mean? Totally insane to have three devices that take pictures and then not consolidate them in one place. 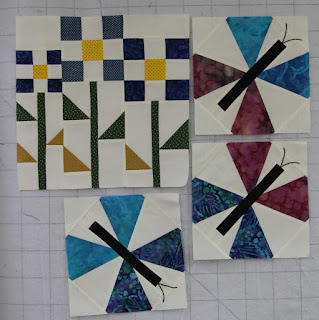 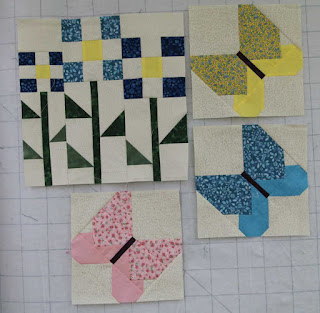 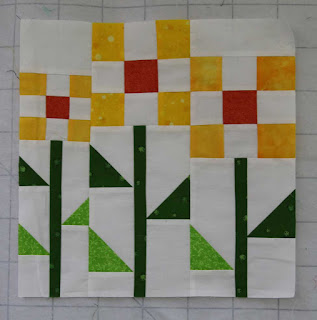 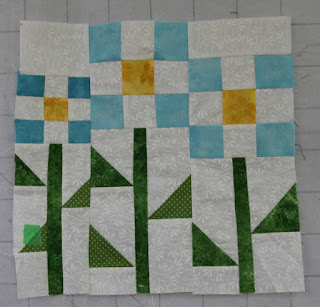 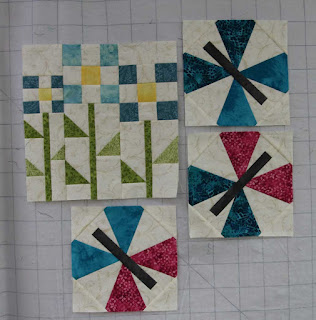 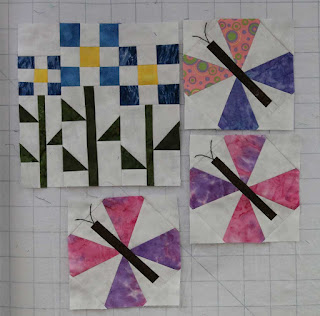 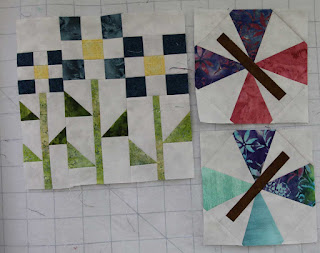 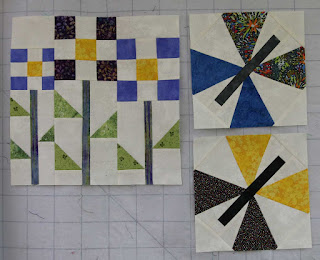 Of course, I don't remember who did what! But suffice it to say that the blocks are awesome. No - I'm not done my quilt, but it's on the list to finish this year and I'm on a mission.

On that note, I have a couple of errands that need to be done outside the house and I had better do them today rather than tomorrow when the weather is supposed to be crap. What is today's date? January 11th. I haven't had to put gas in my car this year and I still have half a tank!  When I worked, one tank didn't last the week!  Am I happy??  You bet!