And so the healing begins 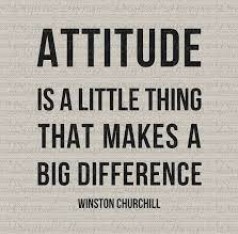 The Camino Frances (from Saint Jean Pied de Port) to Santiago is 778 KM for those interested in numbers. I walked 190 KM, so almost 1/4 of the route. My memory has wiped out the gory details, but other than day one, I think I walked with blisters. Am I looking for sympathy? No, but I would have enjoyed it much more without the feet issues!

I will go back -- I'm just unsure if I'll start where I left off or go back to the beginning. I'll see how it goes. I've been reflecting a lot and one thing that comes to mind is I now have THREE entire weeks ahead of me without a single deadline. I'm not answering the phone, I can respond to texts or e-mails when I want (if I want), and I have ZERO commitments.

You know what? It feels incredible; perhaps this is how my Camino was meant to be. Maybe the powers that be were telling me this was the ONLY way to make me slow down and smell the roses. No deadline (even walking to the next Albergue was a deadline). This way, I have NOTHING to do.

The big question is -- will I survive?

The day started off bad. Why? Because my "friends" (the nurse and the wound care specialist) arrived and tortured me for an hour. Yep -- I'll be losing a toenail and had two infections, which they took care of, but not without some substantial pain. And they didn't even seem sympathetic about it. Which is good! The sooner I heal, the better! I now have a bag of medical supplies to protect my feet.

Murphy was beside herself with excitement and just would NOT settle while they were here!

It's hilarious because part of my feet should be soaked to help heal, and other parts should be kept dry. I made a mess of the feet, but it's all good, and the healing begins.

It all looks a bit dramatic, but it's not that bad. What's funny is that the last and smallest blister became infected almost immediately. Now how did that happen? And it's on a toe, so that nail will be toast soon. One heel became deeply infected, while the other did not? It's all weird how it happens, but the right heal, while it looks red and angry, is, in fact, doing well.

And I found a nice pair of soft wool slippers to make me happy and brighten my day! The thought of putting shoes on -- any shoes -- will not happen for a while.

But I couldn't just sit with nothing to do. You all know me. So I went to Studio U to see what I could about some more of that paperwork from the office.

This is what I started the day with -- one table covered with this stuff.

And a second table covered with this. Good grief -- I even found a listing for a neighboring house when we bought this house 20 years ago. Why did I keep that? No one knows, but it didn't need to be kept!
And I came across this piece of paper -- it may have come from Marie Kondo's book  -- I'm not sure. But I should tape that to the wall as I sort through stuff.
I've also finally let go of these video games I bought and wanted to play. OK -- I used to be addicted to them and played for hours before I became addicted to quilting! I separated the bits and recycled what I could; the rest went in the garbage. And YES, Katheleen -- I kept the envelopes for the CDs.

The stuff I found would blow your mind. Catalogs from 2010, junk mail, and the list goes on. It didn't take much time to fill the recycling bin and sort paper for the printer. Oh, shoot --- what's that acronym again for the paper?? GOOSE  (good on one side - eh!)

I came across an agenda from M, and I had a peek through it and had to laugh. The daily assignments were all written in tiny lettering, but anything regarding NOT being in school was written HUGE.

At the end of the session, I had this pile I would like to go through further. I hoped to do that in the afternoon, but I needed a nap!

When I finally got up, I was fired up (more or less) in my new slow-motion way. I thought I might try quilting some of the small community project quilts that Diane has sewn. This is one that I made at a retreat, and it's now quilted and ready to be bound.

Oh -- those little ones are perfect for my mindset at this moment. They don't take long to load, although it took at least one hour in my slow-motion mindset to load this tiny quilt. Well, maybe it wasn't that long, but it seemed like it took forever.
I even got ambitious and eventually loaded one more. I dug out a few of these small ones -- they are about 40" by 44", so perfect little diversions in the day.
I will admit that my mind is restless, and so is my body. Both want to do more than I really feel like doing. Some of that may be related to jet lag, but I don't really have jet lag -- it's so easy flying east to west -- I'm pretty much back in the swing of sleep. It's just the discomfort of the feet throwing me off and transitioning from one thing (walking every day) to trying to fit into home life.
I will NOT be a good candidate for losing my physical abilities as I get old. I need to make sure to take BETTER care of myself!
This morning, Miss Murphy decided I should NOT sew and plunked herself right where I wanted to sew the backing for another small quilt.
She eventually moved, and I got the backing sewn. So while she was sleeping there, I puttered and cleared up the rest of the work tables. Everything is neat and tidy, as I left the place quite a mess. There is one embroidery project on the table, and I might get to work on that later today. It will take a while, and it would be good to get it done during this downtime.
Oh shoot -- I did NOT take a picture of the cutting table. This is the ONLY project on it at the moment. I am trimming some half-square triangles, which were already pressed.
But this is stuff on the cutting table, and before I left, I needed to get a quilt together, and everything got put on the floor. My goal over the next three weeks is to try and clear up this mess. It shouldn't take too long -- some of it just needs to be put away, and some needs to be sewn. I'll do what I can. Without deadlines from ANYONE else, I can actually focus on my stuff. You know what?? I think this Camino thing had a second vision for me!!! I swear --- life is all about the attitude, and when life gives you lemons -- you damn well better make lemonades!!!
This is the current projects table, and it would be great if I could get this one under control as well. And under control might be as easy as FINDING a home for the stuff and getting rid of the visual clutter.

Don't tell my nursing team, but I did take the girls for a short walk each yesterday morning. I'm sorry --- if I don't get out, I'll die! I'll do the same this morning, but now that I have different bandaging, walking isn't quite as easy. I'll take a peek this morning and see how things are going. But the healing has begun, and that makes me very happy. I'm being super careful to not make it worse, and let's protect those tender toes!! I might get my townie bike out later today as I have an errand or two to do, and it'll be an effort to do that on foot but super easy on the bike. Yep -- I could take the car, but seriously??? I'm not taking the car unless I only have one leg, and I'm not there yet!

I started a new thriller by C.J. Cooke -another physical book, and I'm hooked just a few pages in! So I have lots of sit-down things to do --- sort paper, read a book, or sew. And then there's always the napping thing! I love the napping!

So send me your texts or e-mails, and I'll respond when I feel like it. The phone? I have no desire to talk to anyone at the moment. Pretend that I'm still away because I am still away for all purposes of my life. Just quiet reflections are all my brain wants to contemplate.

And on that note --- I'm out of here. I will likely post more pictures from my trip but not for a few days.