Wow - it is amazing what one can get done when there are no interruptions (OK - letting the dogs in and out doesn't count - that's my exercise!), no appointments, no meals to make, no shopping to do, no errands.  Yes - I know I am lucky but it is by choice!   I am VERY selfish with my along time.

Let me start by sharing some pictures of Erin Mills Town Center.  These pictures were taken a couple of days ago!

M and I are both excited about all the upcoming changes - not just at the mall, but in the area. It is going to be awesome!!!!   And who said - people don't like change?   Well depends on the change I guess.

Since I was at the mall - I had to stop in to say HI to my kid who was working at Teavana!!!!  She was hard at work making a sale when I arrived so I got to browse for a bit!


OK - back to the studio and let's see what the heck is happening.  I swear I spend more time organizing and moving stuff than I get time to actually work!!!!   I think the professional organizers say - minimize your stuff - then there is less maintenance. While I am totally aware of that statement - I am intentionally ignoring it because I CAN DO IT ALL in my lifetime!!!!   Remember my T-shirt that says that??? 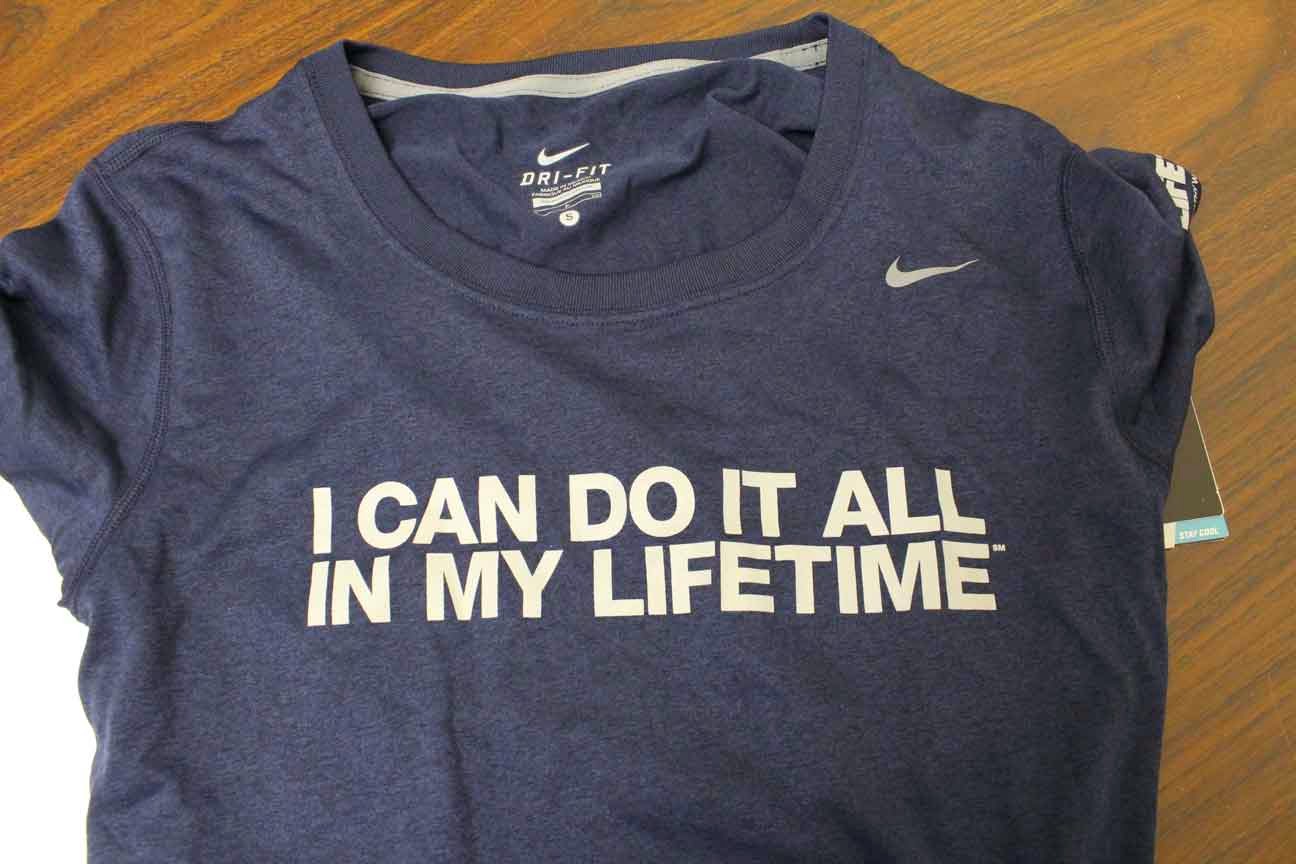 Anyway - after the embroidery club left on Wednesday - it was time to get organized. I needed to organize and prioritize. So I got all the stuff out of the storage room that had been crammed in there for the Sit n Sew days. Then I pulled some stuff off the 2014 shelf and there was stuff everywhere!!!!


I am far from getting organized, BUT there was a purpose to what I did.  There were a few things that HAVE to be done by Christmas (all mine). All those projects got put into one big bag.


I am happy to report that THREE of the projects in the bag got finished yesterday and another one is well on the way to completion!!!!!   Oh yes - I am in very good shape to get everything done for Christmas that has to be done!!!!!  So yes - there are TWO more projects in the bag that HAVE to be done, one that is half done and another project that I would LIKE to get done. All very doable - none of them are big. Two days at most.

Next up was the basket of quilts that need borders, bindings and backings.

You see - I am very good at going out and buying MORE storage boxes or baskets, but I have to start emptying what I have and get the projects done!!!!!   Even if they get to the quilting state with a backing, border and binding - I am OK with that. Although that pile is getting HUGE and will need to be addressed soon.


The next category was store samples!!!!   Oh yes - there are a "number" of samples that need to be made/finished.


Essentially I went through the stuff out in the open and picked up ALL the projects that NEED to be done or those that I WANT to get done in the near future. How fast I can work through them - well that will remain to be seen.

But here is an example of how close things are to being done.  I found these wildly pieced blocks from scraps.  There were THREE blocks missing because I had run out of scraps.

Then I also sorted through some of the fabric that I inherited this past week.  I found HUGE quantities of fleece sample squares. I sorted them -

There is enough in each pile to serge together to get a nice scrappy quilt top.  Those would be easy and fast to do.  I might do that later today - just for a break.

I also got one more quilt quilted yesterday.

Just wanted to share with you my sewing table.  Oh yes - it is nice and clear because I am trying to be productive and if I can keep that sewing area clear - I will sew. If it gets messed up - I won't!!!!


I also made the binding and sewed it onto another quilt as well and I don't have a picture. Drat!

I want to add TWO borders to it and I am struggling with the fabric. I don't have much in this colour way left in my stash and I went to Ruti's to buy the outer border. I only bought a meter because I wasn't sure it would be the right colour. Well the other day - I decided that YES - it was the right colour. When I went back to get more, it was gone. It is really an ordinary blue but it was gone. So I have enough for a scrappy first border, a solid second border and well I found something in my stash for the binding.  Good grief!!!   But this is what I love - solving problems with the sewing!!!!

And my long shoe horn went missing a while back.  Not sure what happened to it, but very hard to replace. It was just a plain old plastic thing, but I loved it for my boots. Well I have looked everywhere and no luck finding one.  I told M to find one in the mall on her break yesterday and this is what I got!!!!


The other thing and this was a bit of a wake up call.  Well I knew the problem was there. It is my 50,000 pictures.  I found the picture I was looking for - but it took a LONG time. So I have decided that I need to do something about it. Part of the problem was HOW to organize those pictures.  After locating the missing photo - I have decided that they will get downloaded into folders by year and within year - by date of the photo being taken. Then each photo will be tagged TO DEATH so that if I want to find something - it will be a snap.  Now this is going to take a bit of time, but I will do it because I want to use my pictures.

So here is the plan of action.

Then it should be easy to take a couple of folders (by date) each day, cull the duds and tag the rest.  Oh yes - it sounds easy!!!!   Well - I am off to download the last memory card - the one in the camera - oh yes - I must set up a routine for pictures for the new year so I don`t end up with a mess again.

Don't make lists - unless you want to. If I wrote down all the projects I had to do - well I would faint and it would take days to make the list, so that is a waste of time. However I sorted the current projects - what HAS to be done for me, what has to be done for customers, what has to be done for store samples. I have a couple of other categories as well, but those are three critical ones. There are deadlines attached to those projects.  The rest of the stuff technically can be shoved into bags and put away.  No sense cluttering up the space with stuff that I know I won't get a chance to work on for a while.

I hope to make that shelf work for me this year. Instead of putting things on it that I would LIKE to do - I am putting things on the shelf that I HAVE to do.  Then I can keep my tables clear and coming into a clean space is so much more welcoming than coming into one that is cluttered beyond belief.  I am giving myself until the end of the year - I am hoping to get a LOT accomplished in that time frame so that I might be able to sneak a couple of "I would LIKE to do" back on the shelf.  BUT I must be able to clear all the tables and the floor - that is my goal by the end of the year. EVERYTHING must have a home - even if the home is a bag in storage. I hope those bags will not be huge!!!!!

Now here is YOUR assignment.

Everyone is different for this - so you have to be flexible.

Sort through your projects - which ones have a deadline?????   Start by pulling out all those. How many are there????   Take a generous guess at how much time it will take to get them done.

Sort them in piles or bags that are easy to get to.

Put the REST OF THE STUFF AWAY!!!!!   It is just going to clutter your brain and prevent you from working!!!!

Get that step done and let`s see how it goes.   How many projects with deadlines do you have?????